Saúl to play on loan at Chelsea until June 30. We wish you the very best – you deserve it!

We have completed the signing of Saul Niguez from Atletico Madrid on a season-long loan deal with an option for a permanent transfer at the end of the season.

On switching to London, Saul said: ‘I am very excited to start this new challenge with Chelsea. Blues fans, I am one of you now and I can’t wait to wear the shirt, start training and see all of you. See you soon!’

Chelsea director Marina Granovskaia added: ‘We welcome Saul to the Club and believe he completes our squad as we compete for honours in five different competitions this season. He is a proven winner, a player with huge experience and we know he will be very well-suited to the challenges that face us on all fronts in the coming year.’

The 26-year-old midfielder has up until now spent his entire club career in Madrid in his native Spain, having begun his youth career at Real Madrid before switching to Atletico, with one loan spell at another capital city club Rayo Vallecano. 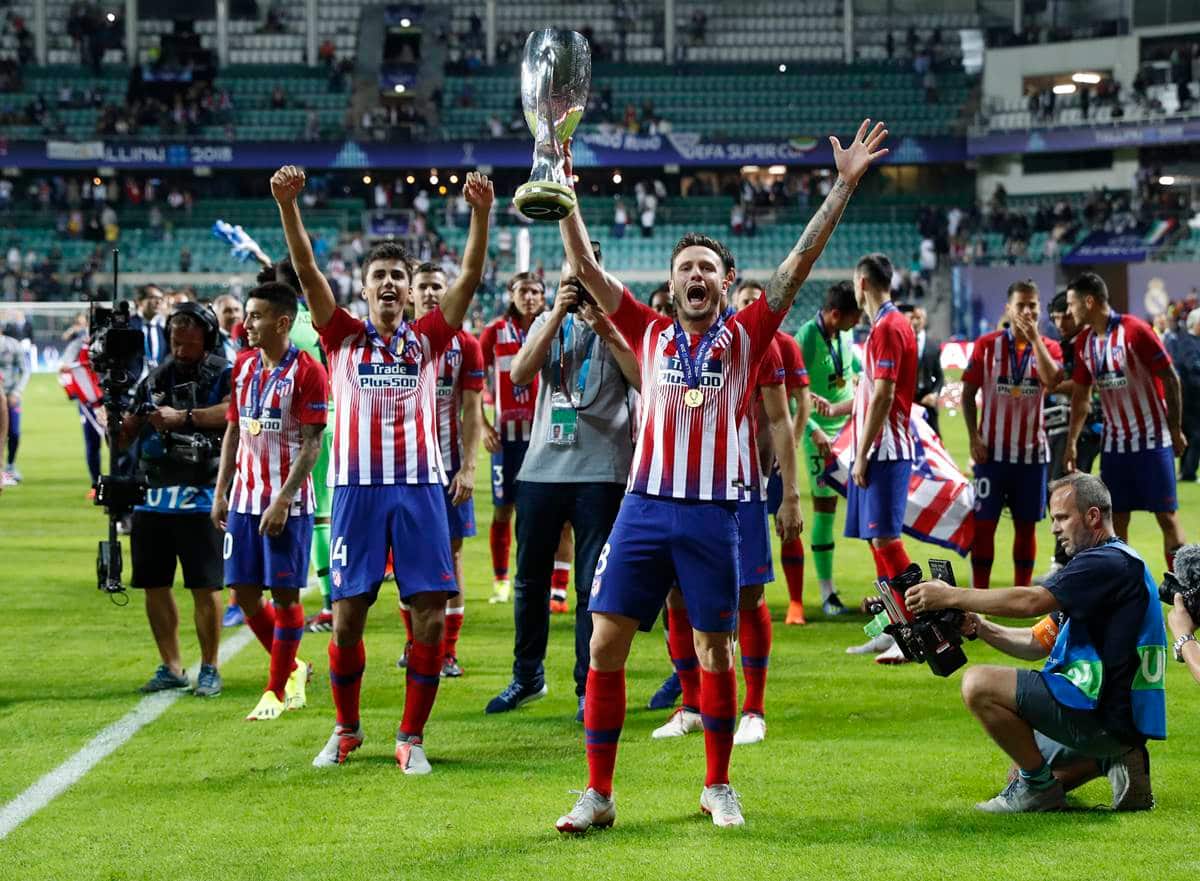 What has Saul Niguez won and what is his record for Atletico Madrid?

During his time with Atleti, where he has played 447 matches and scored 53 goals, Saul has won the Europa League twice, the Copa del Rey, the Spanish and UEFA Super Cups, and as recently as last season, the league title in his homeland.

The previous time the two clubs were drawn together in the competition, in the group stage in 2017/18, Saul was also involved and indeed he opened the scoring with a header in our meeting at Stamford Bridge before an own-goal ensured the match ended in a draw.

Saúl to play on loan at Chelsea until June 30. We wish you the very best – you deserve it!


His contribution to the earlier season when the Europa League was won, in 2011/12, was his Atletico Madrid debut when he came on in a win at home to Besiktas. His appearances increased to 11 the following season and after a La Liga loan to Rayo Vallecano in 2013/14, he became a regular selection back at his parent club the following year (an acrobatic goal in a 4-0 win over Real Madrid helped establish him) and remained so.

What is Saul Niguez’s style of play?

However under Simeone, rather than concentrating on being a goalscoring midfielder, Saul has mostly been deployed as a versatile, industrious player with good positional play to cover, pressure and win the ball, as well as serving the strikers with quick possession. He brings left-footed balance to a midfield and retains a goal threat with runs into the box, ability to shoot from distance and an aerial presence in open play and at set pieces.

What is Saul Niguez’s international record?

He made his Spain debut in 2016 and has added a further 18 caps, with his first of three international goals coming in a UEFA Nations League win against England at Wembley.

A video of Singer, Portable hypes himself as he steps out in suit for the first time