check this laptop with seven times the average number of screens

The company called Expanscape has created the most Inspector Gadget-like device that you could ever seen. It’s a laptop prototype called the Aurora 7 (a working title), and attached to its humongous black box of a chassis are six extra displays that extend out in every direction away from the main screen, each showing its own windows and applications.

If you’re like me, the first thought that comes to mind is “that poor hinge!” Yeah, poor hinge, indeed. Many laptop hinges don’t gracefully handle having one screen attached, let alone seven.

Piggybacking on the main 17.3-inch 4K display are three other screens of the same size and resolution. Above the left and right displays is a single seven-inch 1200p monitor.

Expanscape Aurora 7 prototypeYou’ll also find one more seven-inch 1200p touchscreen display mounted into the wrist rest. This prototype weighs about 26 pounds and is 4.3 inches thick. It has an imposing, intimidating presence, and I haven’t even seen it in person.


Sure, the Aurora 7 looks more rough around the edges than Razer’s triple-screened Project Valerie laptop from a few years ago. But nevertheless, Expanscape claims it’s willing to actually sell this thing, which is more than Razer can say about its Valerie concept. 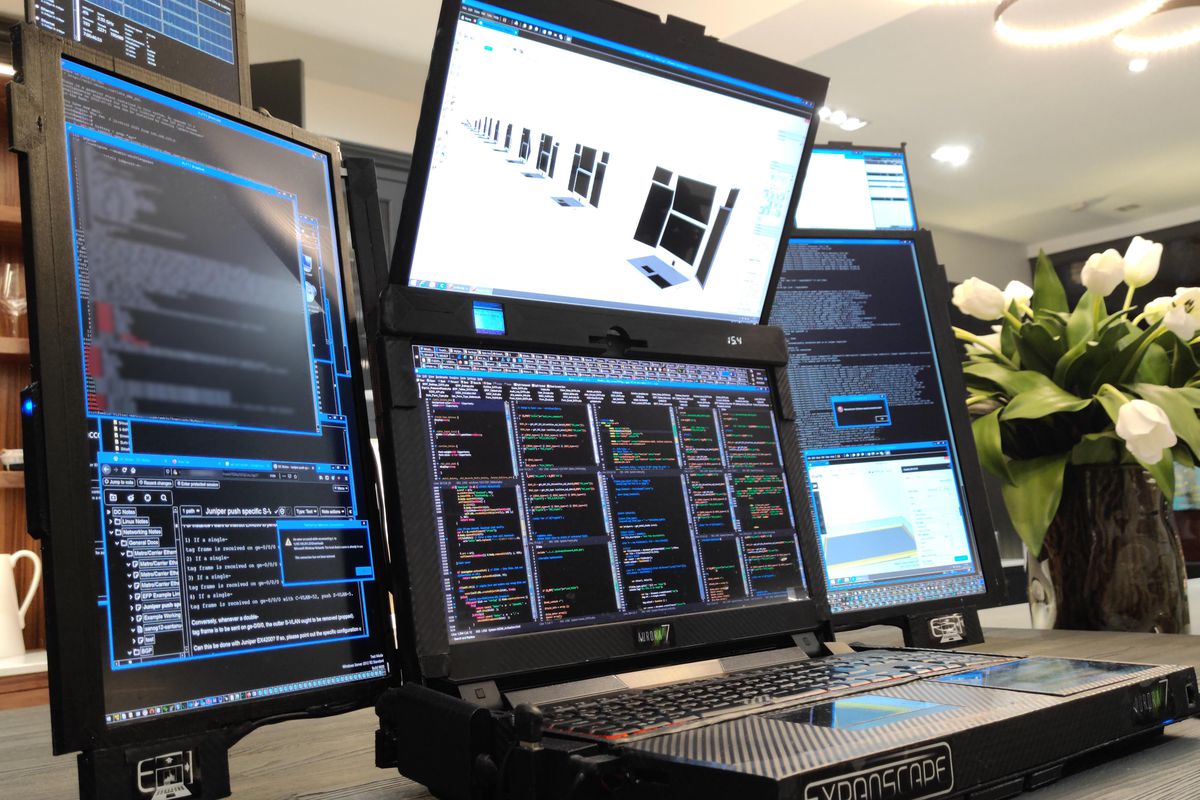 If you want to buy one, Expanscape says it can help interested parties in reserving a prototype of its upcoming revision. As for the price, the company will ask you to sign a nondisclosure agreement, prohibiting you from publicly sharing the cost. That doesn’t bode well for the bank account.

I look forward to hearing more about future revisions of the Aurora 7, especially if it gets a button that makes all of the displays pop open in a comical fashion. Currently, it seems like an extremely manual process.

iOS 15 beta on iPhone: 3 things you absolutely need to know before you install

The iPhone 13 could launch Sept. 14 with iOS 15 and 1TB of storage and other amazing features