– While some tweeps believed that her act is a healthy way of unwinding, others thought otherwise

– In the clip, the woman excitedly danced to Timaya’s I Concur as photographers tried to take her shots.

The video of a Catholic sister dancing to Timaya’s song, I Concur, has got many people talking on the internet.

Since the short clip was posted by @Naija_PR on Twitter, it has been watched over 4,000 times.

As the song played in the background with some instrumental, the sister showed off her dance moves.

With the MC as her hypeman, the woman kept on dancing with a happy face as she got the audience entertained.

The setting of the occasion looked like a wedding reception. After dancing for some seconds amid paparazzi’s shots, the woman went into the crowd, perhaps to find her seat. 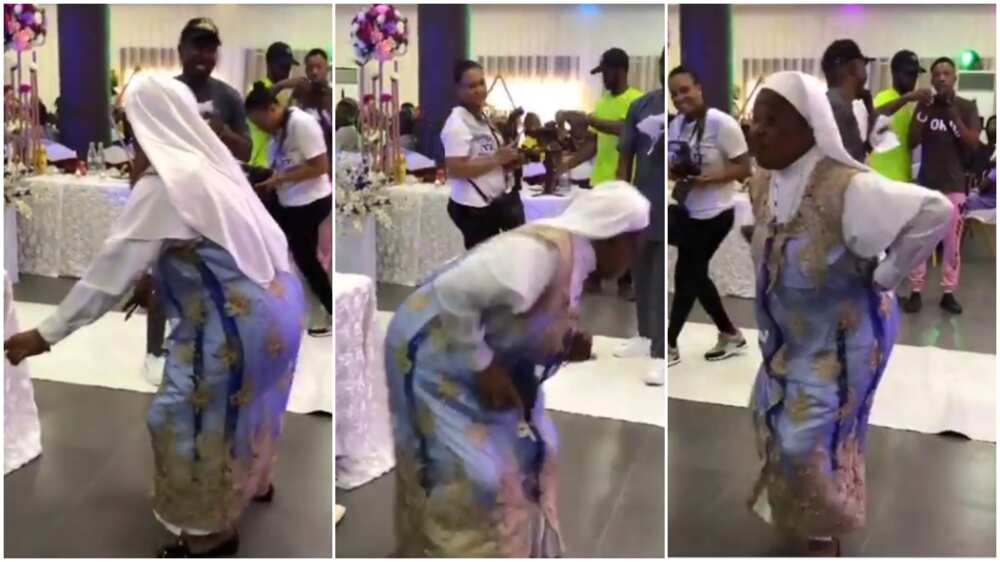 @OlamijiSamson said: “No dey too collect drink for party u no go hear. My mind is telling me she’s operating from another realm.”

@khaawuu said: “If you no dey catch cruise Na on your own u dey.”

earlier reported that a Nigerian grandmother became an instant internet sensation with her “legwork” moves while dancing with her grandson.