Prince Ned Nwoko is a Nigerian law graduate, politician and humanitarian. He was a member of the House of Representatives between 1999 and 2003 representing Aniocha North-South and Oshimili North-South. He took his Malaria Awareness campaign to South Pole, Antarctica.

Ned Nwoko is taking his time to respond to comments from Instagram users, including one from a woman who offered to be his wife.

The politician shared a photo of himself and one of his wives Laila Charani hours ago to count down to her 30th birthday.
He wrote “Laila will be 30 years in a few days time. It feels like yesterday. It has been ten beautiful years. Amazing how she has matured over the years❤️”

A number of people had things to say in the comments and he replied to some of them.

One woman advised him to stop marrying young girls and marry her instead but Ned responded, “Thanks for the offer.”

To someone who said he marries them between 18 and 20, Ned responded, “You are very clever.”
Below are more comments and replies. 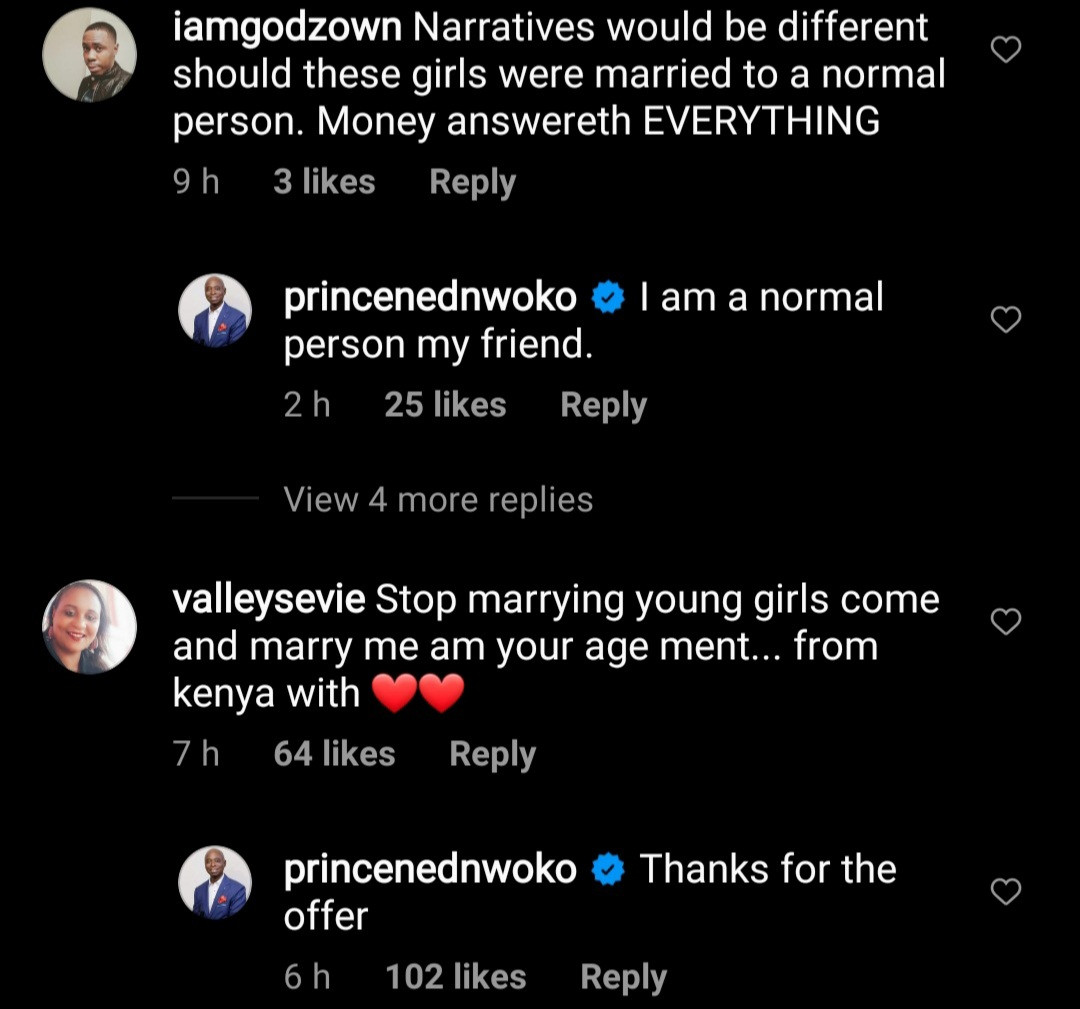 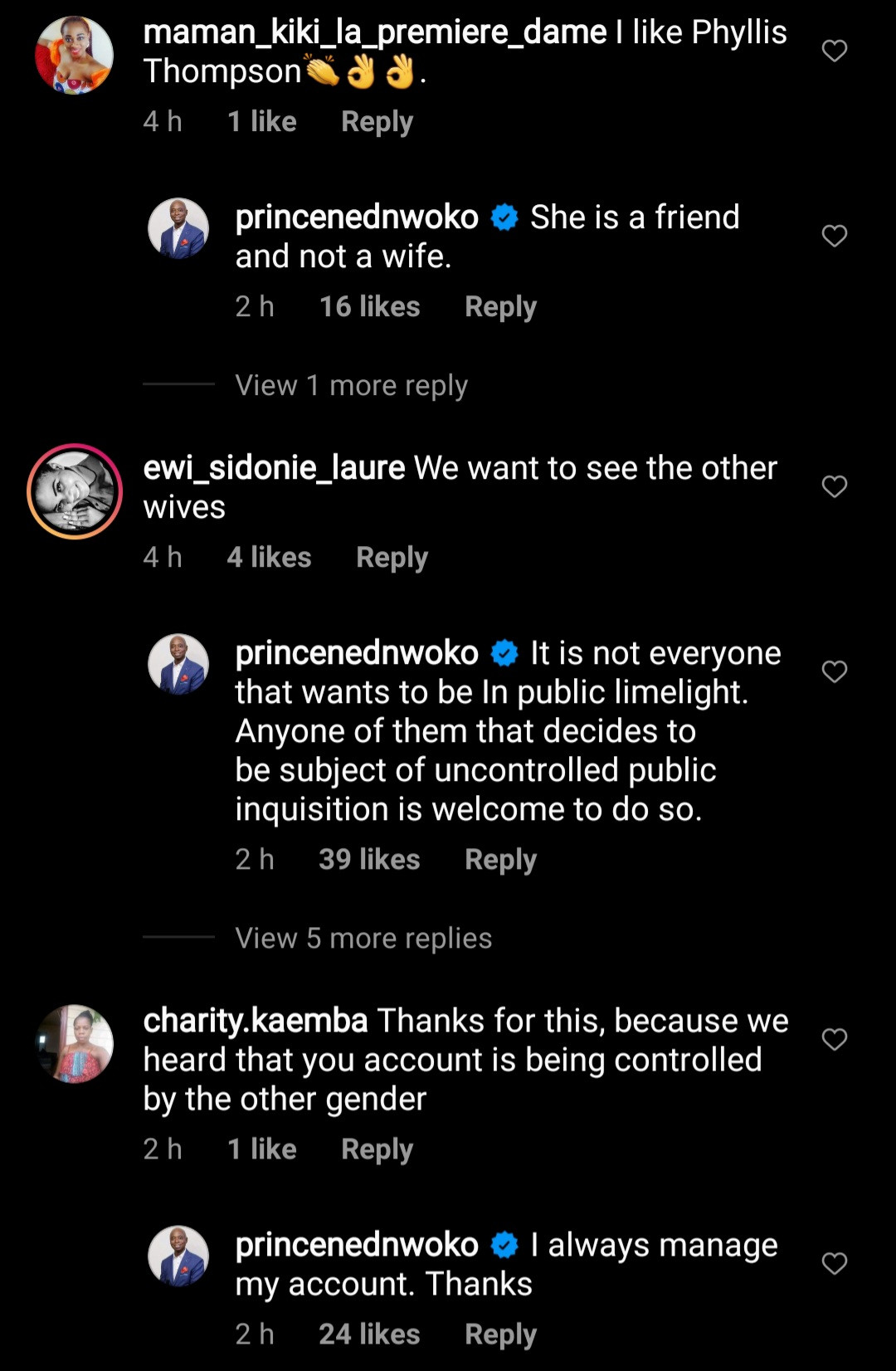 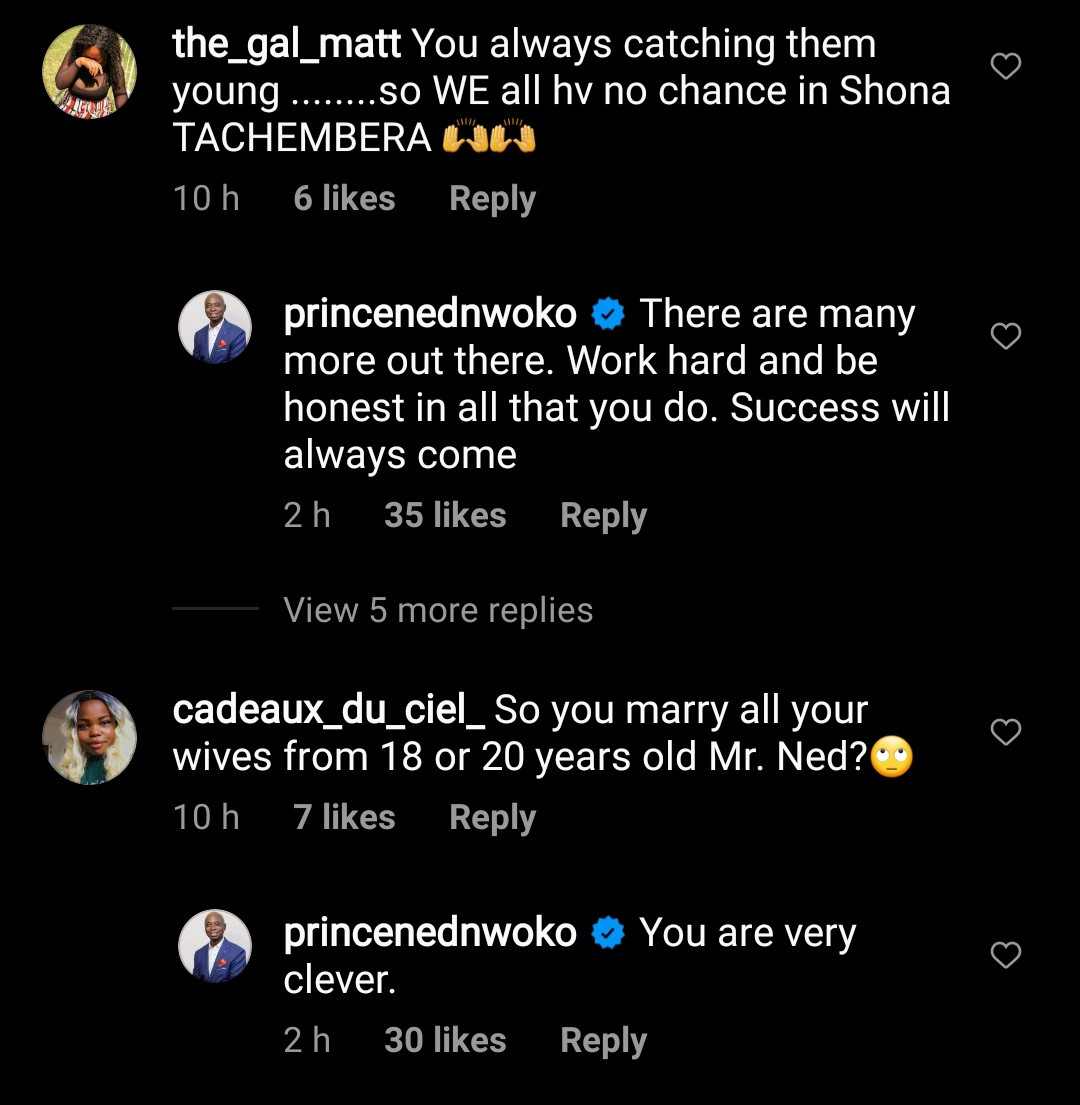