Liverpool’s Alisson, Trent Alexander-Arnold, Virgil van Dijk and Thiago Alcantara were named in the men’s XI of the year, along with City midfielder De Bruyne.

Brazil international Alisson lost out to Bayern keeper Manuel Neuer in the award for the goalkeeper of the year, but was chosen ahead of the German in the team of the year.

Alexander-Arnold and Van Dijk were key figures in Liverpool’s title-winning side, while Thiago joined the club this summer after helping Bayern to win the Champions League.

The finalists for the men’s player of the year – Lewandowski, Ronaldo and Messi – made up the front three in the team of the year. 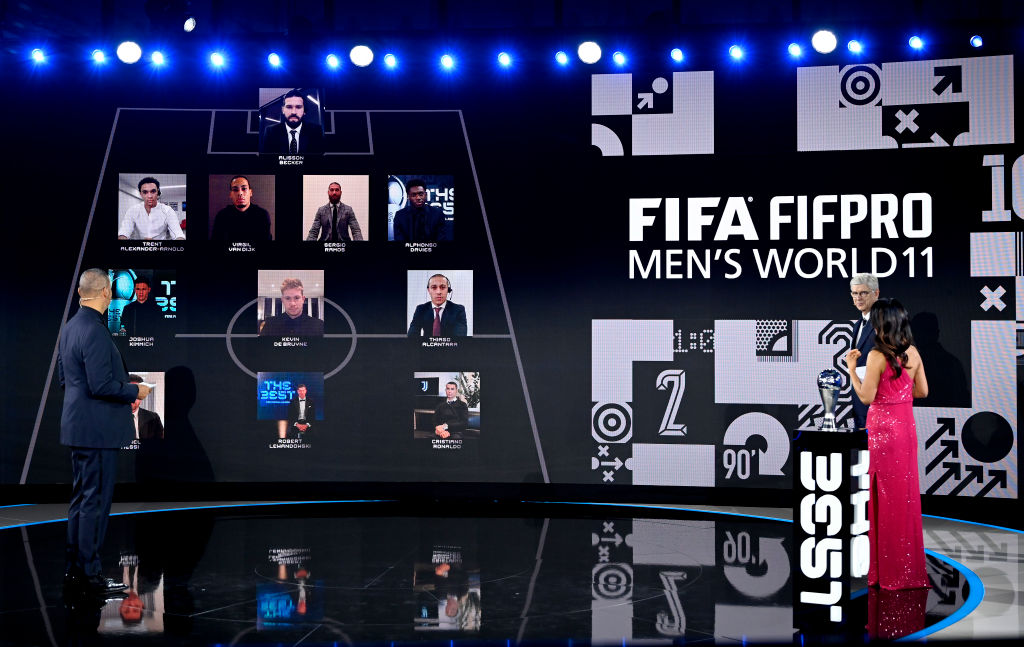 Reactions as Man Cries Out After Losing Airpod in Davido's Car: Make He Bring Am Come Meet U for...
Local