Lionel Messi breaks one of the biggest records in football history

It was a long time coming, it was delayed, it came too slow, but it was never doubted. Lionel Messi has finally done it – he has broken Pele’s record for most goals with a single club as he hit his 644th goal for Barcelona against Real Valladolid.

Messi lined up on the right-of-centre of the attacking three, with Pedri assuming position on the left side while Martin Braithwaite led the line. 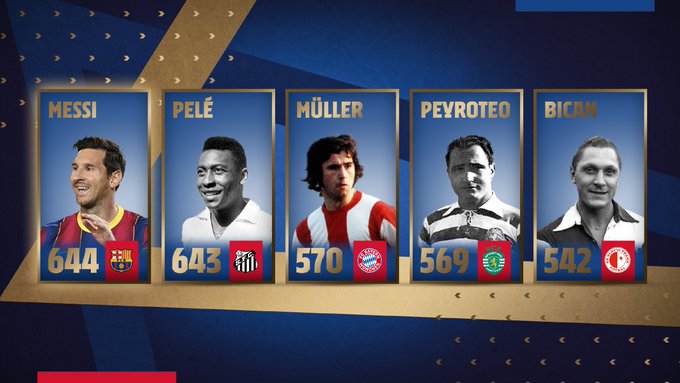 Throughout the game, the Argentine took several attempts at goal, all while setting up the first goal as an assist and the second one through a sumptuous through ball which led to an assist by Sergino Dest.


It was clear, however, that Messi wanted to engrave his name on the scoresheet as well, taking six shots before finally breaking open on the back of a sensational backheel through pass from Pedri. And then there was no doubting him as he powered a shot to the far post to make the scoreline 3-0 and re-write history books yet again.

Sports: Bernd Leno has joined Fulham in a permanent transfer.