Jose Mourinho has urged “football” and “safety authorities” to look into the temporary away dressing room his Tottenham side will use when they travel Stoke in the Carabao Cup on Wednesday.

Since football resumed in June, at many grounds across England’s top divisions away teams have used temporary dressing rooms in order to satisfy coronavirus protocols by minimising indoor interactions.

However, following Stoke’s Championship match with Middlesbrough earlier in December, Boro boss Neil Warnock was highly critical of the facilities provided for his team, describing them as a “pigsty” that he “wouldn’t have put animals in”.

Asked about the situation ahead of Wednesday’s quarter-final, which is live on Sky Sports, Mourinho revealed he had been sent footage of the changing room. 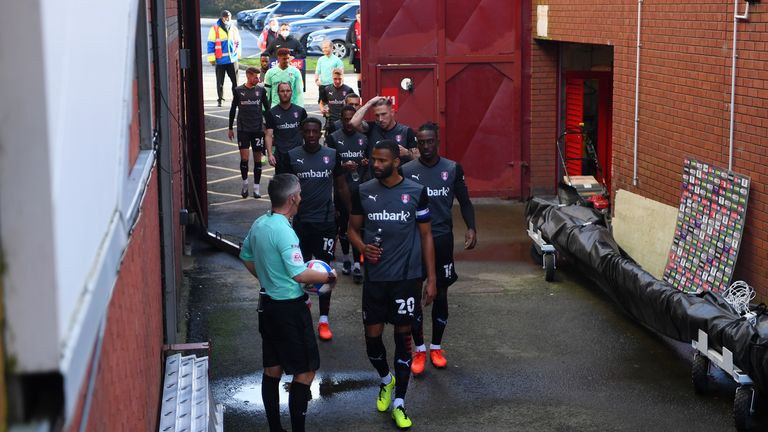 “I have a video of it,” Mourinho said. “A video made from a colleague that works in another team that recently played against them and I was not going to raise the question, you raised that question.

“I’m not going to be the bad guy that is going to make comments about Stoke away dressing room.”

Mourinho has often taken the competition more seriously than some of his rivals by fielding strong teams throughout, with his approach having led to three triumphs with Chelsea and another with Manchester United in 2016-17.

The Portuguese suggested he may use the match, which comes on the back of successive Premier League defeats, to give game time to some of his fringe players, with the likes of Gareth Bale in line for a potential recall to the starting XI.

Asked what type of lineup should be expected, Mourinho said: “I think a mixture.

“And from the ones that are playing more time, there are others where we don’t have great options to make changes and we have to keep them, but of course I will try to give a little bit of a rest to two or three of them.”